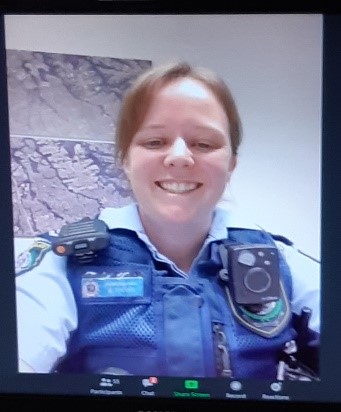 Alison joined our Zoom meeting today, from her mobile phone, to speak to us about Crime Prevention & Scams in the Hills District and beyond.  Alison has been based in the Hills for 4 years and drew our attention to various scams and how to avoid them!  Alison also advised us all to do our own credit check as a method to see if there’s been any identity fraud on our own accounts that we may not be aware of!  To protect our homes when on holidays Alison suggested many measures we can take to prevent theft, etc.  She also spoke about elder financial abuse and how to detect the problems..  It was a very informative talk and reminded us all to stay alert! 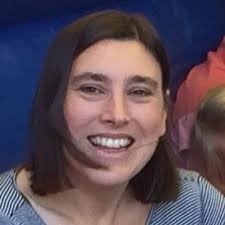 Sally Baitch, Maxx Music’s Community Music Coordinator, was our Guest Speaker on 11 August 2020, for our clubs first Zoom monthly meeting. Previously Head of Community and Adult Learning at Sage Gateshead in the north of England. Sally is no stranger to finding a way to involve people in music,  “Singing has always played a big part in my life and I have seen how singing and playing an instrument, can really change people’s lives. There are particular benefits for seniors, who may be facing a variety of life changing situations”. Sally talked about the benefits of Music particularly during COVID 19 and introduced us to a number of press articles and Covid 19 music clips to prove her point.

Arthur Ongley the Ukulele Master and Denise followed Sally and played a few entertaining songs to add to the spirit of the meeting and to demonstrate what Sally had to say. They came across well on Zoom and kept our feet tapping. Arthur has been playing the Ukulele since 2004.
.

David spoke at our Club almost 5 years ago but he has since published a book and has many more interesting details to share with us about his facinating story. David was employed as a civilian by the United States National Security Agency (NSA) for 23 years, completing his last 18 years with the Agency managing his team in Operations at the Joint Defence Facility Pine Gap in Alice Springs. Hardie Grant Publishers released his book, Pine Gap: The Inside Story Of The NSA In Australia, the first book about the NSA’s operations at a satellite ground site by an individual.
More details of David's story can be found here 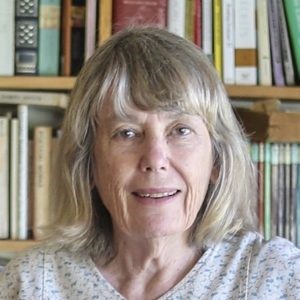 8 Ocotober 2019
Susan Butler  - Australian Slang
Sue was the Editor of the ‘Macquarie Dictionary’, Australia’s national dictionary, and as Editor was largely responsible for the selection of new words for the dictionary.
Sue wrote the ‘Dinkum Dictionary’, published in its third edition in 2009. In 2014 she wrote ‘The Aitch Factor’, a commentary on usage matters in ‘Australian English’. Sue is a regular commentator on ‘Australian English’ on radio, television and the internet and was a TEDxSydney speaker in 2015.
In June 2018 Sue was made an Officer of the Order of Australia and also became an Honorary Lecturer at the ANU in the College of Asia and the Pacific.

Sue’s website is www.suebutler.com.au where she blogs on aspects of ‘Australian English’. 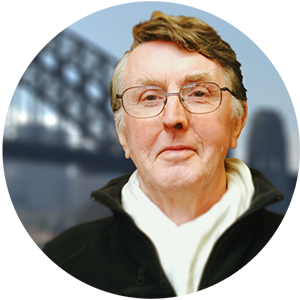 10 September 2019
Patrick Dodd “The Governor's Travels-Touring with Lachlan & Elizabeth Macquarie”
Patrick's talk at our Club several years ago about the Treasures of the State Library received rave reviews at the time. He was also our Tour guide in May this year when we toured the State Library. His talk is sure to be very interesting and not to be missed.

More details about Patrick can be found through this link 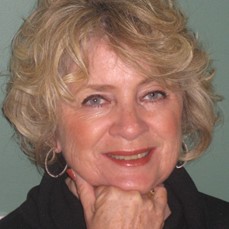 Mary Ann Napper and Megumi Bennett
Mary Ann visited our Club in July 2018 and
spoke to us about the book she had written entitled "Born to fly". Her talk was very interesting and she is making a return visit yo talk to us about her new book "Natures Child".
Mary Ann’s book “Nature Child” is about Megumi Bennett internationally acclaimed Bonsai artist who lives in Sydney and was able to give our club a Bonsai Demonstration.

In a mountain village in Nagano Prefecture a seed of love for nature is embedded into a small girl’s heart. This Asian inspired Australian story begins in Tokyo when the city is being ravaged by World War Two. Yoko Ugai’s (Megumi Bennett) formative years mould her into a young woman who decides to devote her life to nature. Lured by a fascination for Australian native flora, she turns down two marriage proposals to travel to Australia on a journey of horticultural discovery.

Megumi’s unique story will appeal not only to garden lovers worldwide but also to anyone who has been charmed by the exotic locales, tranquil gardens, temples, shrines and culture of Japan. Her horticultural achievements have made a significant contribution to Australian life and are the perfect example of how immigrants have enriched our culture. ‘Mr Saburo Kato, the world’s greatest ever Bonsai Master and peace exponent, watched in awe like we all did as Megumi Bennett united Australia and Japan in a bridge of friendship with roots, stems, leaves, flowers and artistic flair – a living growing organism. Congratulations to Mary Ann Napper for her biographical skills to capture Nature’s Child perfectly.’Graham Ross VMM, Horticulturist, author and television broadcaster 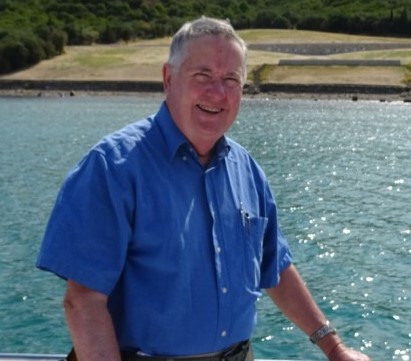 Peter served for 35 years in the Australian Army Reserve as an infantry officer and retired with the rank of Lieutenant Colonel.  He was awarded the Reserve Force Decoration for his service.Peter is a military historian, battlefield guide and speaker on Australian military history.
His talk today will be
The Battle of the Coral Sea 4-8 May 1942
The first major naval battle in the Pacific Theatre of World War II.This sea battle was the first naval action involving aircraft carriers, the first naval battle 'fought in the air', as well as the first in which neither side's ships sighted or fired directly upon the other.

Japanese forces had decided to invade and occupy Port Moresby in PNG. The plan to accomplish this, called Operation MO, involved several major units of Japan's Combined Fleet, including two fleet carriers and a light carrier to provide air cover for the invasion fleets.  The US learned of the Japanese plan through signal intellegence based in Austalia and sent two United States Navy carrier task forces and a joint Australian-American cruiser force, under the overall command of American Admiral Frank J Fletcher, to oppose the Japanese offensive.

HMAS Australia and HMAS Hobart, cruisers of the Royal Australian Navy, were part of the joint cruiser force

Like all cultures, we have our ‘famous’ people, but, as Mike McClellan sang, ‘fame is just a momentary curse’. I present a personal selection of Aussies who deserved,and in a very few cases,enjoyed a fleeting fame, but are now largely forgotten or unknown. They include a multi-sport medal winner and film star, a world champion boxer, a remarkable naturalist, a young woman who became revered in India for her daring deeds on the silver screen, A strange little man who pushed a trolley cart around Sydney, a redoubtable woman who sold newspapers for over 25 years on the streets of Sydney, a strange little man who pushed a trolley, and two unique dogs.

Ann Howard loves life. She is an enthusiastic traveller and adventurer. She has ridden elephants through the Sumatran jungle; climbed Anak Krakatau when it was erupting; made a 14,000 feet free-fall from a plane and rock climbed in Tahiti. She brings this enthusiasm to her writing and studying. She enjoys her grandchildren, her partner’s musical gift, her dogs, garden and a good single malt; not necessarily in that order. After writing several prize winning history books on the Hawkesbury River region, Ann has turned her focus to Australia’s WWII social history, with ‘A Carefree War’ about the child evacuees in NSW, and ‘You’ll Be Sorry’, documenting the lives of Australian service women during and after WWII. 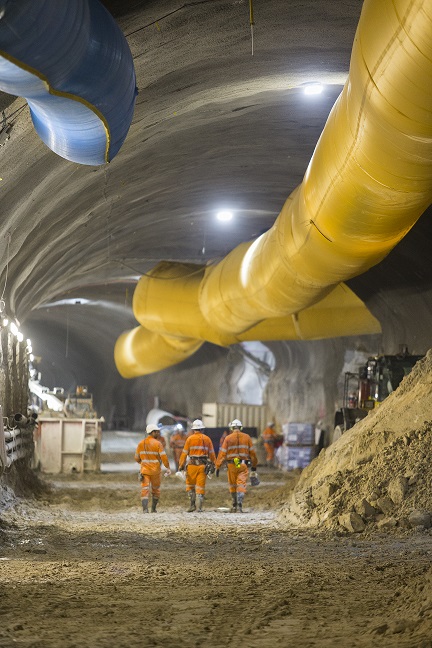 Tuesday 9 April 2019
Cassandra O'Conner - Northconnex
NorthConnex is a nine kilometre tunnel which will link the M1 Pacific Motorway at Wahroonga to the Hills M2 Motorway at West Pennant Hills. Major tunnel excavation is now complete, with the final breakthrough happening in early October at the future M1 southbound on ramp in Wahroonga. We are now carrying out final tunnelling activities to refine the tunnel’s shape and transitioning into the fit-out phase. This involves removing the last spoil from the tunnel while we excavate trenches for electrical conduits and drainage. Cassandra will give us an update on this project. 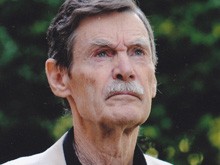 Tom Ware has been entertaining audiences with stories for thirty years, and more than 43,000 people have heard his stories. Tom joined his first Toastmaster club in 1972 and is a current member of Toastmasters International. He has also been a member of Rostrum Clubs of NSW, the National Speakers Association of Australia, and the Australian Storytellers Guild and is certified at ‘professional standard’ with this last. He was a grand finalist with both Rostrum in 1980 and at the Festival of Sydney in 1982. Tom’s background is colourful: he has has served as a radio-operator on ships, in civil aviation, and with the police.   Additionally, he’s been a postal worker, a foundry labourer, a truckie, a laboratory assistant, a clerk – and has even spent a year as an Antarctic expeditioner.

Tuesday 8 January 2019
Ben Jones - Care Connect
Hello, My name is Ben Jones and  I work for an organisation called Care Connect who enable people to live in their homes independently. We are approved government providers and assist our clients with accessing government subsided programmes with any support they require.

Click here for small flyer with some basic information on some of the services that can be accessed. 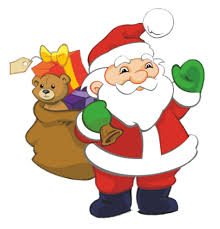 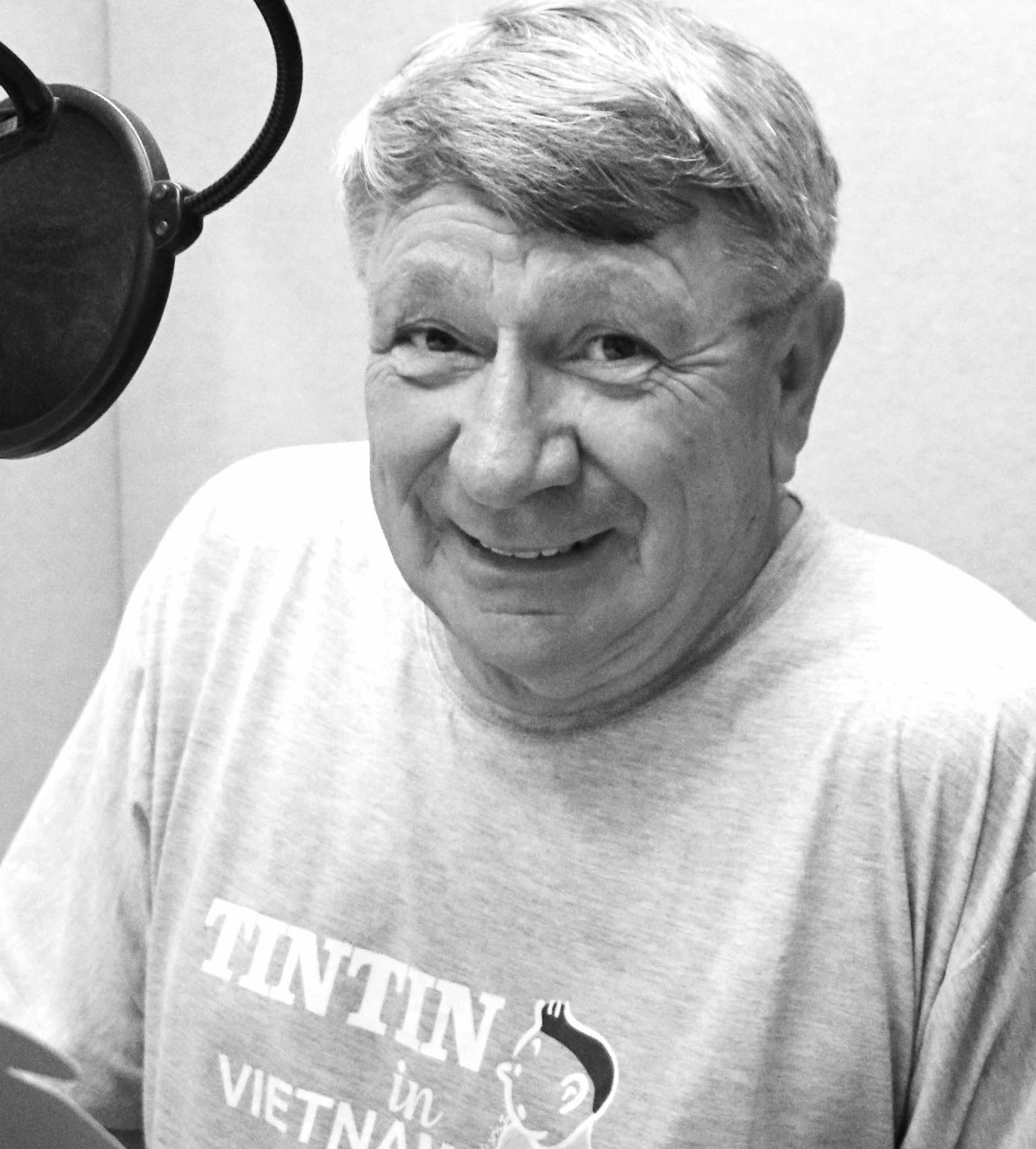 Tuesday 13 November 2018
Jim Haynes OAM  - Australia's unbelievable true stories & things you thought you know.
As the originator of the morning shows at the Tasmworth Festival, Jim hosted his own variety shows there for 27 years and celebrated 32 years at the festival. He still performs as an entertainer and speaker, has presented the Spoken Work section of the Port Fairy Festival for over 20 years and presents Australiana programs on Macquarie Radio Network and ABC Radio. To see Jim's full Bio click here 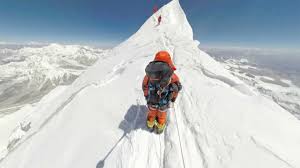 Stephen Bock - Climbing Mount Everest
Stephen's experiences of extensive climbing in the Himalayas, Andes and the mountainous regions of New Zealand enabled him to become a part of the Australian Everest Expedition 2010 team and fulfil a life-long ambition. He will tell us alittle about his amazing adventure 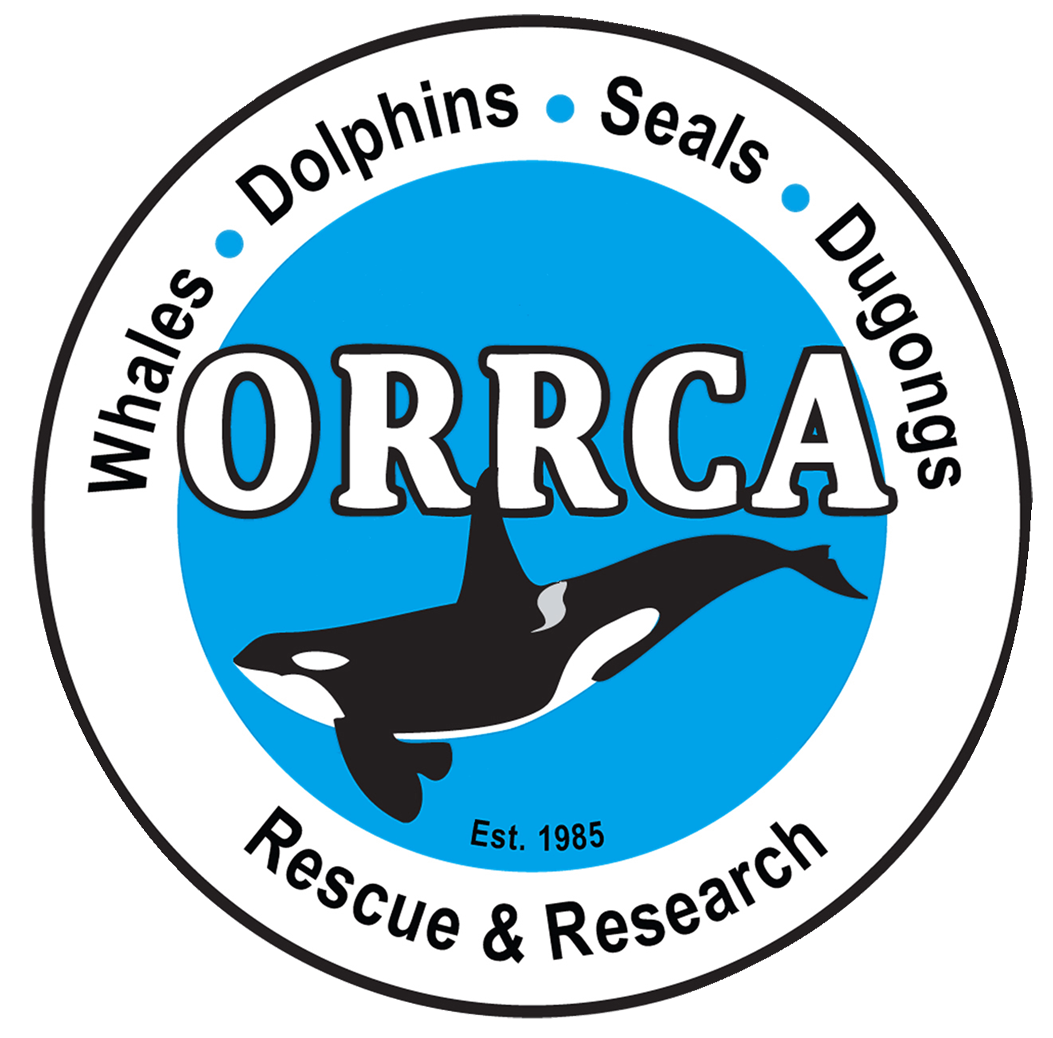 Tuesday 11 September 2018
Shona Lorigan - ORRCA assisting injured and stranded seal mammals
ORRCA stands for the Organisation for the Rescue and Research of Cetaceans in Australia. Put simply, our primary focus is on the preservation and welfare of Whales, Dolphins, Seals and Dugongs in Australian waters 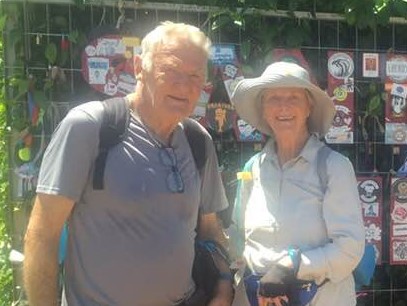 Club members Michael and Helena recently completed the 790km El Camino trail in Spain and France and will tell us about their epic walk as well as show us some of their photos. Not to be missed.

Mary Ann Napper commenced her hobby of writing at the age of sixty-five. In 2014, she published her debut novel, Born to Fly. Since then, several of her short stories have been published in anthologies and feature articles published in Autism Parenting magazine and News.com.au. She is regularly invited to give guest speaker talks to community groups. See Mary Ann's full bio here